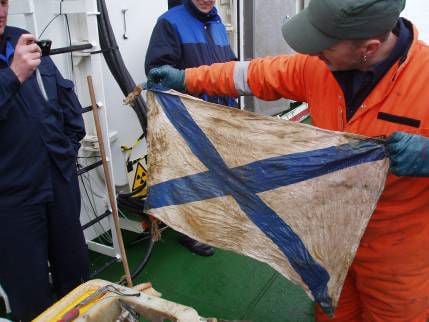 From 21 June to 7 July 2007, NRV Alliance was chartered by the UK Ministry of Defence (MOD) 's Defence Equipment and Support Salvage and Marine Operations Team (SALMO) to survey the wreck of the sunken Russian nuclear submarine B-159, at the request of the Russian Federation. The survey was carried out through the Arctic Military Environment Council (AMEC), with the UK and Russia as active members and Norway and the US as observing members.

The decommissioned Russian submarine, B-159, was being towed from Gremikha to Polyarny - where it had to be dismantled - in 2003 when it broke lose and sank in rough weather in the Barents Sea at the entrance of the Murmansk River. The survey was to assess damage and monitoring the radioactivity.

NRV Alliance was used as the host ship for the NATO Submarine Rescue System (NSRS) Intervention Remotely Operated Vehicle (IROV). Upon arrival at the wreck site under the escort of a RF naval vessel, the survey team was officially welcomed by Vice Admiral Maksimov, Deputy Commander in Chief of the Northern Fleet. The location and position of the submarine was quickly found using sensors on NRV Alliance. Environmental sampling was conducted, while the IROV removed debris from the vicinity of the wreck.

Environmental sampling was conducted, while the IROV removed debris from the vicinity of the wreck. This was the IROV’s first operational deployment, and the vehicle stood up to the challenge. With the IROV pilots working 24/7 over the wreck site, a considerable amount of seabed work was completed. Radiation monitoring indicated no radiation hazard from the submarine. A highlight of the operation was the recovery of a small Russian ROV that had become entangled in the wreck a few years ago, as well as the RF naval flag that had been flying on the B-159 when she sank, which was carefully cleaned and presented to the Admiral as a gesture in memory of those who lost their lives in the original sinking, along with the recovered ROV.

The operation was a great success, with all objectives completed and with an exemplary performance by NRV Alliance, her crew, and all team members. 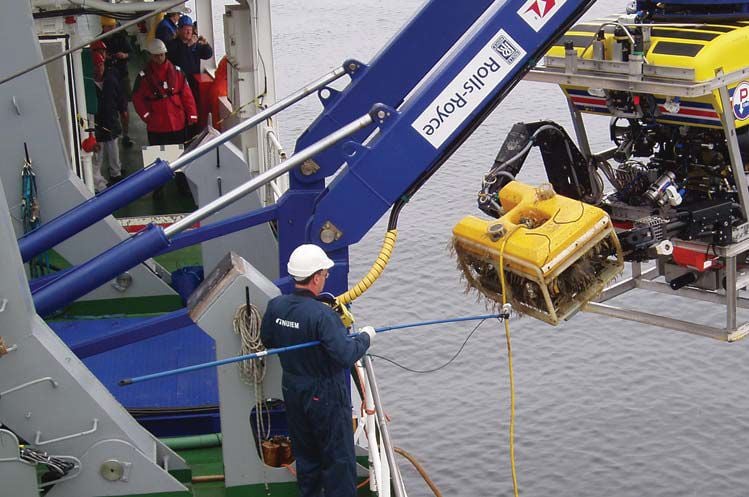 Photos courtesy of the UK MOD.