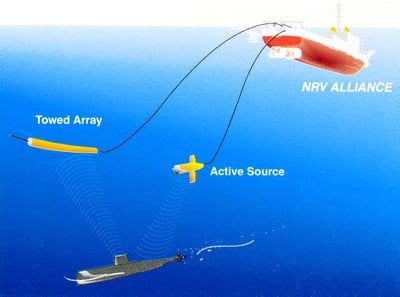 Back in 1980, the Centre scientist Dr. Stan G. Lemon proposed a novel sonar system composed by a passive towed array and an active sound source to be operated - contrary to a bistatic sonar - from a single platform.  As the ultimate goal of the new system was to improve the capability of detection of the new much quieter submarines which were put in service at the time, the sound source was to emit a low frequency (less than 1 kHz) signal, which also required relatively a high-power input on the system. Focus was also put on the always challenging problem of detecting submarines in shallow waters. The new concept was known as the Activated Towed Array.

In 1981 the project was presented to the NATO nations which gave the green light to it. Through 1984 seven trials were performed in the Mediterranean at various seasons in deep and shallow water with good results, the system clearly increasing the detection ranges against either simulated or real targets - i.e., real submarines. Further proof of concept was achieved in the following years in further trials perfomed in other waters such as the English Channel or the North Sea.

As another example of the convenience of the allied research in ASW systems through the Centre, the Activated Towed Array concept benefited several NATO nations in reducing the development costs of their own national systems. Such was the case of:

The Activated Towed Array technology was developed at SACLANTCEN in parallel of other technologies - such as the bistatic sonar systems - showing the capability of the Centre in addressing the various ways of resolving the problem of submarine detection. In the 90's the Centre started focusing its attention into another innovative programme of work: the multistatic sonar involving low frequency active sonar (LFAS) systems, but that is a topic for another story. 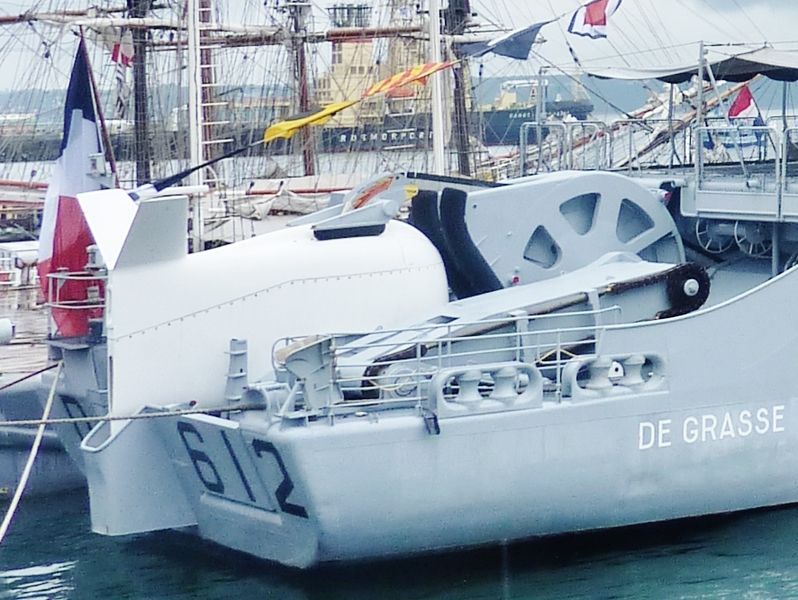