Active sonar exercises are essential to counter the threat from quiet submarines. Because of concerns about the effects of sonar on marine mamm 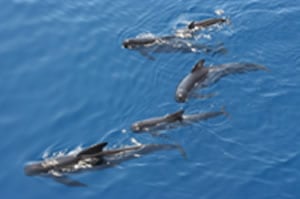 als, CMRE is taking a proactive approach to understanding the risks and to developing mitigation measures.

The outcome of this research is shared with researchers who are using active sonar as well as with the public.

Creating accurate models. Data that has been gathered over the last decade by NATO and partnering organizations is stored in CMRE’s Sighting and Stranding Database, one of the most extensive databases of this type covering the Mediterranean Sea. This database is continually being updated so that it can support the development of accurate predictive models, such as the habitat model that was recently developed for the Ligurian Sea. 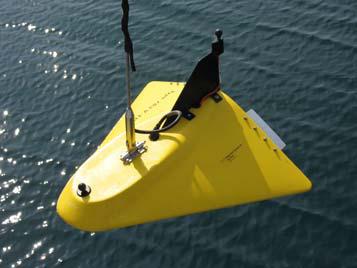 Developing detection technologies. A variety of technologies have been developed for detecting the presence of marine mammals. These technologies can help inform researchers that marine mammals are in the research area. The research team can then take steps to mitigate unnecessary exposure of marine mammals to active sonar. An example of this type of detection technology is the Compact Passive Acoustic Monitor (CPAM), developed at NURC. The CPAM uses four hydrophone in a compact volumetric configuration and may be towed from a ship, but it is also suited for autonomous operation when integrated in buoys, AUVs, or gliders. Software developed for the CPAM analyzes the hydrophone data to detect, classify, and localize marine mammals in an efficient way at maximal distances.

Integrating information. The research in marine mammal mitigation is culminating in an information system that gives researchers and NATO military commanders the tools they need for risk assessment and mitigation. A systems architecture is being developed that will combine all pertinent factors into a decision aid that can be used to help plan active sonar maritime activities to mitigate risk to marine mammals. Over time, this decision aid will be expanded to cover the additional NATO operational areas.