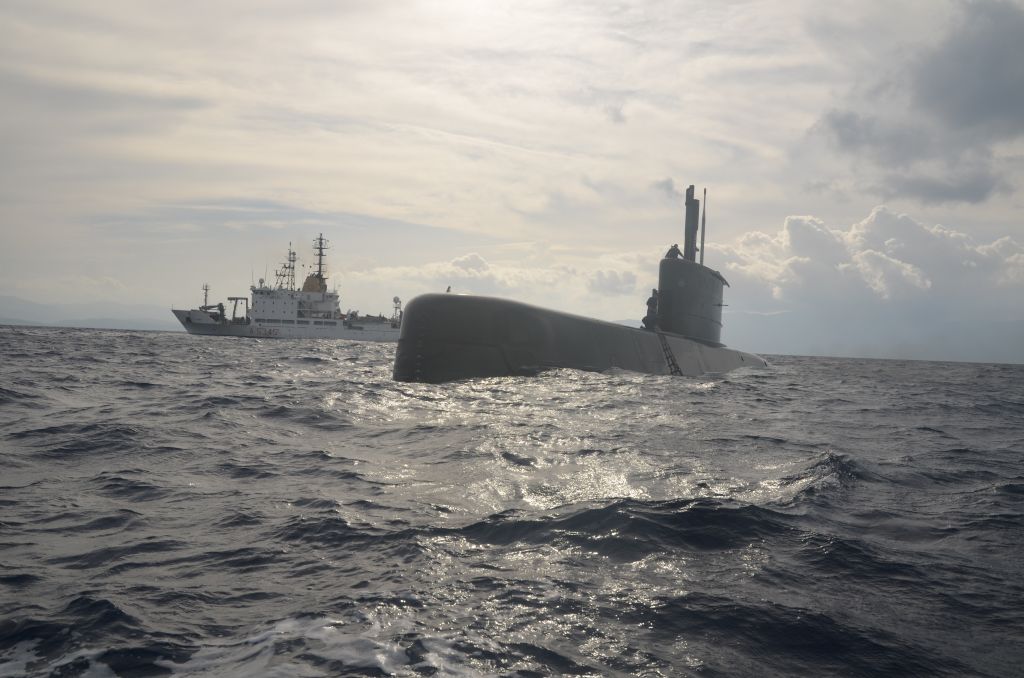 NATO’s front line, immediate readiness force in the Southern Region, the Standing NATO Maritime Group 2 (SNMG2), has been carrying out ground-breaking trials with the S&T Organisation’s Centre for Maritime Research and Experimentation (CMRE).

From 16 to 26 Oct 2017, HMS DIAMOND, TCG BARBAROS, ESPS BLAS DE LEZO, their organic helicopters, two highly capable conventional submarines made available by Greece and Turkey, HS OKEANOS and TCG DOLUNAY, were joined by the NATO Research Vessels ALLIANCE and LEONARDO, to carry out a series of trials (Anti-Submarine Warfare - Operational Deployment of Concepts '17, ASW-ODC'17 for short) to expose operators to next generation technologies and get their feedback. A broader, more strategic aim was to de-risk future acquisition.

After ASW and ISR serials off La Spezia (ITA), Chania (GRC) and Aksaz (TUR), Cdre James Morley GBR(N), wrote: "The trial represents a considerable investment by CMRE, not just in preparing leading-edge equipment for test and evaluation in a realistic operational environment, but also in making detailed the preparations for a complex series of trials with three host nations. Alongside work earlier this year with SNMCMG2, this is the first time that CMRE has been allocated a dedicated period to conduct trials with the standing forces – previously this nature of experimental activity or evaluation was conducted on the margins of other exercises on a non-interfering basis (such as in Exercise DYNAMIC MONGOOSE)".

CMRE deployed a TAS-VDS towed by NRV ALLIANCE  and two AUVs equipped with linear receive arrays to implement a hybrid, multistatic active sonar network; an innovative, cooperative AUV, the WAVE-eFolaga, equipped with oceanographic sensors, was operated through the CMRE network Command & Control Station onboard ALLIANCE. The WAVE-eFolaga is the result of a “SeaLab” project involving ITN Naval Support and Experimentation Centre (CSSN) and the Inter-university Centre for “Integrated Systems for Marine Environment” (ISME), represented by the Univ. of Pisa. 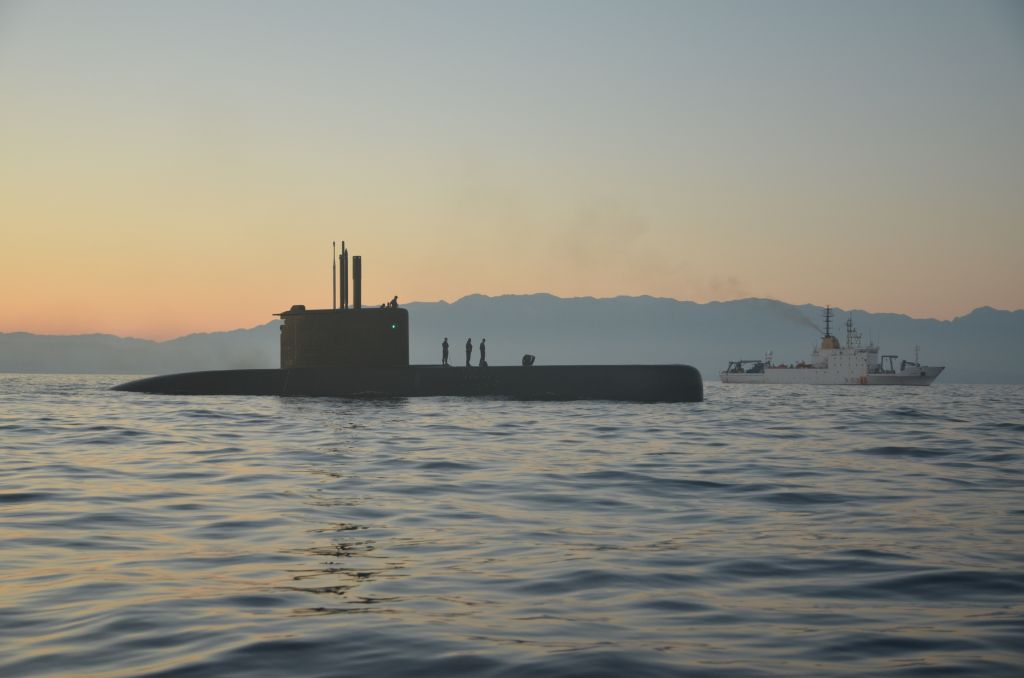 Major scientific-operational objectives for CMRE were:

• Deployment, control and recovery of an unmanned glider by a SNMG2 unit

• Display of the positions of CMRE unmanned assets on the MCCIS

• Exchange of personnel (observers) among the various participating assets, including submarines. Embarkation of host nations navy officers in ALLIANCE to observe the employment of maritime unmanned systems for ASW.

These activities were vital to capturing requirements for Maritime Unmanned Systems for ASW and Maritime ISR and for exposing current and future NATO and national maritime leadership to the potential capabilities and challenges of integrating unmanned systems with legacy maritime assets.  Preliminary, real-time results have been promising and will be followed by a detailed analysis of multistatic active sonar performance, including “ping stealing” from active hull-mounted and dipping sonars. 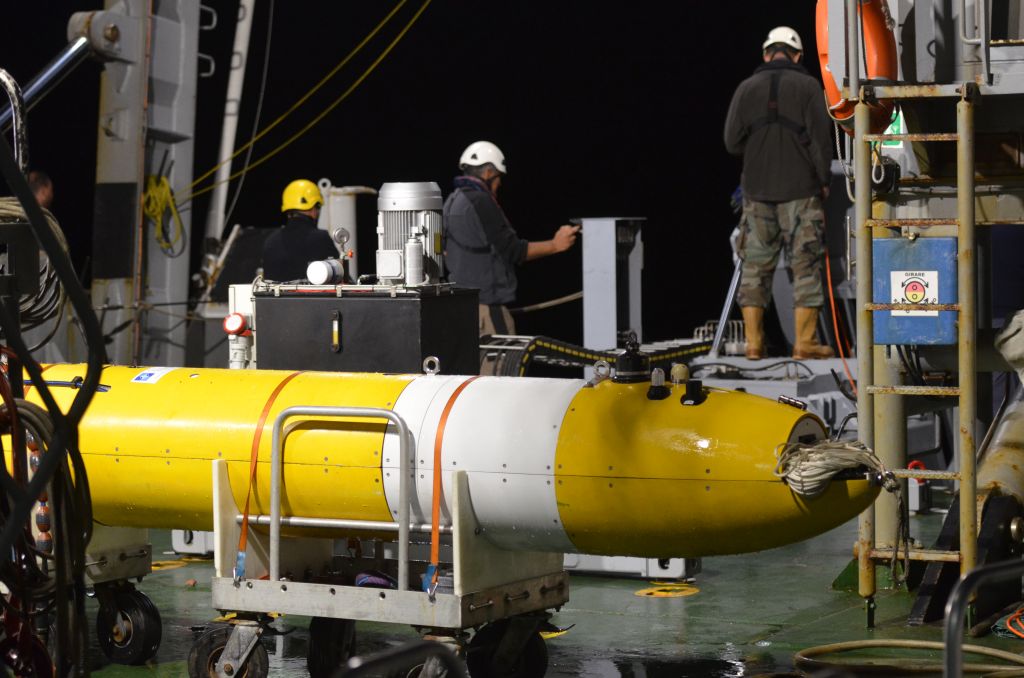 A full scale analysis will help to understand what progress can be made in sensors, signal processing and robotics as well as operational concepts, and possible implications in terms of organisational force structures. The gathering of early assessment and feedback from end-users allows them to play an essential role in the future capability development process across the spectrum of DOTMLPFI.

Cdre Morley further commented "this experience has been of enormous value for our people. It has opened their minds to a vision of the future operating environment, but it has also delivered a fabulous training opportunity for conventional ASW in challenging sonar conditions (water column, high reverberation level and high ambient noise)…".

Cdre Morley further commented "this experience has been of enormous value for our people. It has opened their minds to a vision of the future operating environment, but it has also delivered a fabulous training opportunity for conventional ASW in challenging sonar conditions (water column, high reverberation level and high ambient noise)…".

The recognised success of the activity strongly encouraged both the CMRE and SNMG2 to pursue further cooperation opportunities of this kind in the following years. 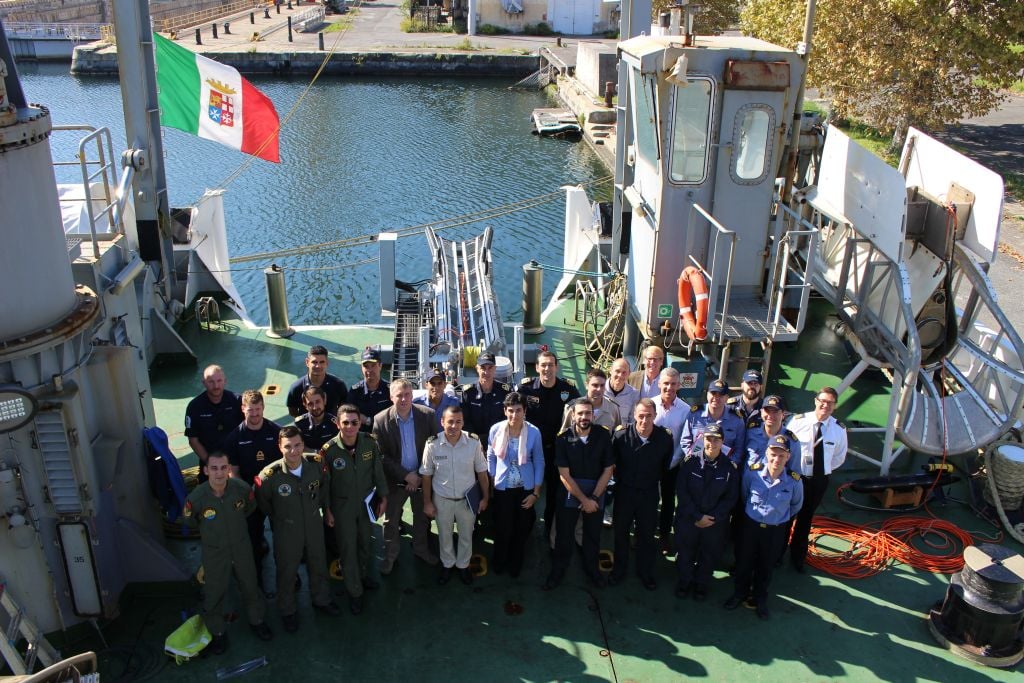 The ASW-ODC'17 team onboard NRV Alliance