2018 starts for CMRE with the Iceland-Greenland Seas Project 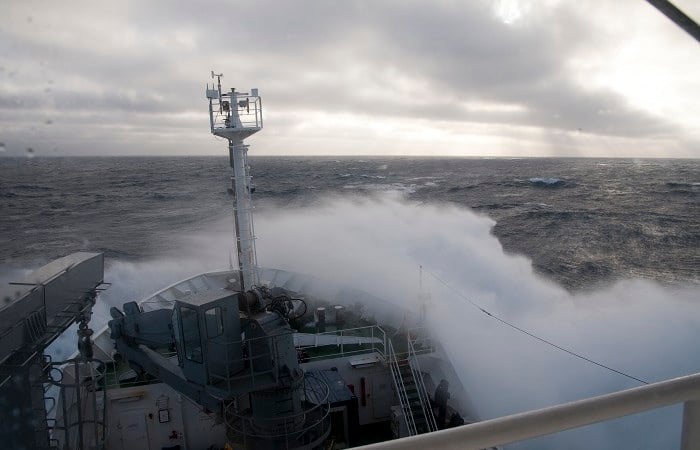 On 17 January the NATO Research Vessel Alliance, under the custodianship of CMRE and managed by an Italian Navy Crew, will depart from La Spezia to head towards the marginal ice zones of the northwest Iceland Sea and southwest Greenland Sea to conduct a challenging and highly valued oceanographic campaign run by the Woods Hole Oceanographic Institution (WHOI).

The vessel will stop in Reykjavik to embark an international team of scientists from eleven different research institutions and coordinated by the historical U.S. Institute, which has dedicated more than 80 years to research and education in the advancement and understanding of the ocean and its interaction with the earth system.

The Iceland-Greenland Seas Project (IGP) is the name given to the scientific project run by WHOI. It is a multi-disciplinary program to study the air-sea interaction and associated ventilation of dense water in a marginal ice zone. These phenomena occur during cold-air outbreaks, which significantly influence the Atlantic meridional overturning circulation (AMOC).

It becomes therefore critical to understand the related mechanisms and timescales through simultaneous observations of the atmosphere and ocean. These will be accomplished not only with the NRV Alliance, but also by integrating aircraft and other platforms in the activity, including moorings and sea gliders.

Operating in a sea area made particularly treacherous during winter because of prohibitive weather conditions requires specific technical arrangements and unique operational capabilities. The characteristics of the NRV Alliance, together with its Italian Navy Crew’s recent experience in the High North Campaign 2017, represent an ideal combination of assets chosen by the mentioned U.S. Institute.

For CMRE the New Year starts with yet another example of synergy among NATO, civil scientific institutions, and the Italian Navy.  In this collaborative framework, each stakeholder’s capabilities and strengths will contribute to the achievement of common and extremely valuable objectives.