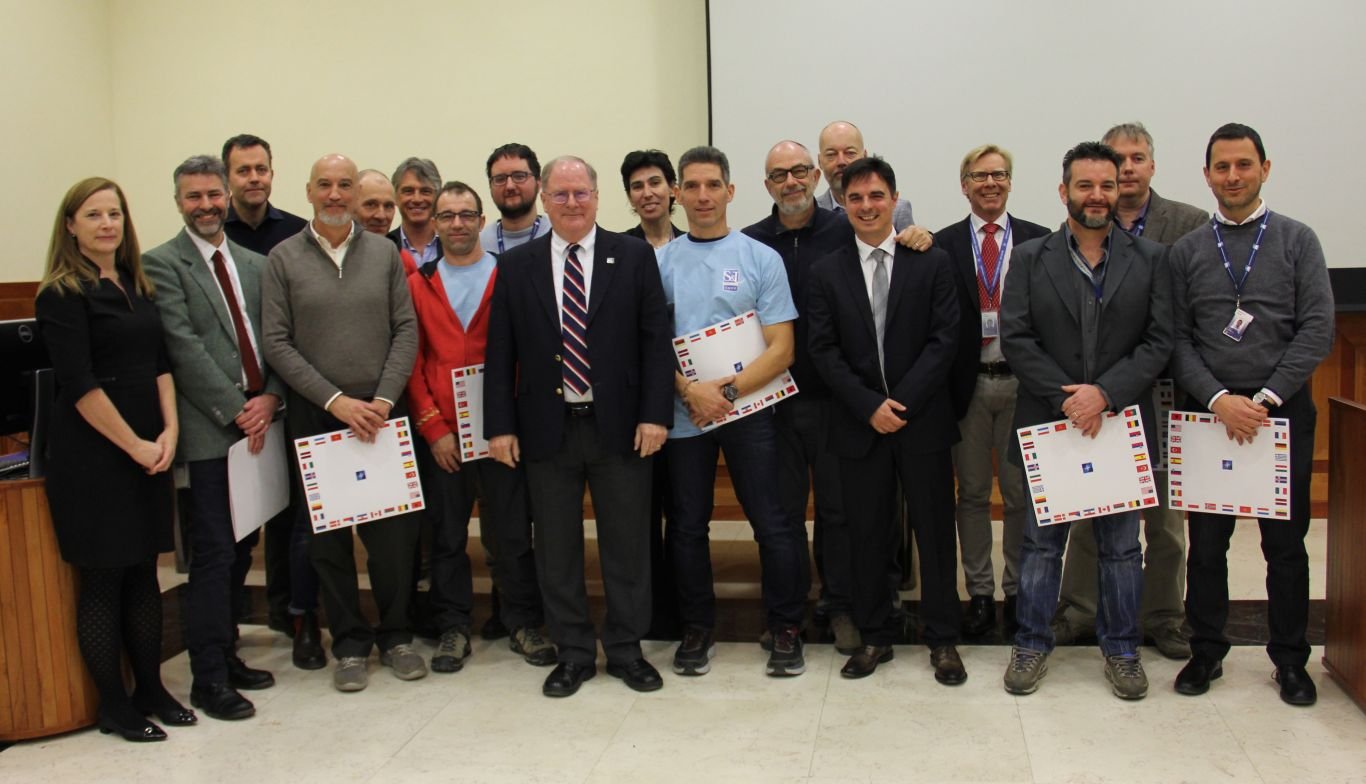 During his January 2018 visit to CMRE, the NATO Chief Scientist Dr. Thomas Killion presented the NATO STO Scientific Achievement Award to CMRE staff for their contributions to "Development and Demonstration of Networked Autonomous ASW".

The Science and Technology Board of the NATO Science and Technology Organization annually evaluates collaborative work conducted in the STO panels, by the Nations and by CMRE to single out areas worthy of special commendation.  The STO recognized Team Leaders from NATO STO CMRE and from the Next Generation Autonomous Systems Joint Research Project from FFI (Norway), Dstl (United Kingdom), DRDC (Canada), WTD-71 (Germany), CSSN (Italy) and NPS and SSC-Pacific (United States).  A total of 24 Team Members from 7 NATO nations, of which 21 made their contributions while at CMRE, and 3 while at MIT, were also recognized for their contributions.