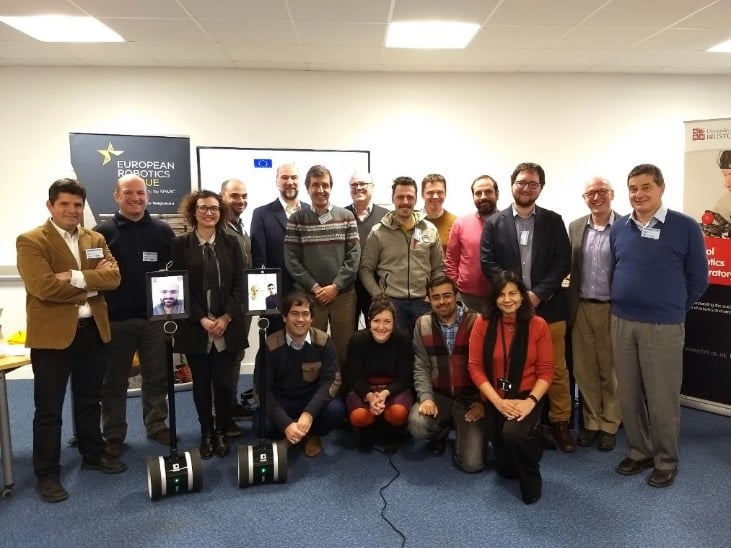 Once again this year, CMRE is participating in the European Robotics League (ERL), a pan-European competition format which aims to provide a platform for challenging, developing and showcasing robotics technologies, bridging the gap between Industry, Research and the public. The novelty is that the competition will reach our everyday lives with its new tournament category called "Smart Cities".

For the last few years, the European Robotics League, funded by the European Commission’s H2020 programme to advance R&D in robotics and artificial intelligence, has run in three categories: emergency, industrial and service robots. Now teams from all three leagues will meet every two years in the Smart Cities tournaments, the first of which will be held in Milton Keynes, showcasing how robots can make our lives better in urban environments.

Last week, the SciRoc consortium that will take the ERL to this new level, led by a team from the University of the West of England, Bristol, met at the Bristol Robotics Laboratory to kick off the project.

More details will be given during the European Robotics Forum (ERF), next month in Tampere, Finland, where the Awards Ceremony for the previous season is going to be held.

Attendees, real and virtual, at the kick-off meeting of the SciRoc project.  Photo credit: ERL