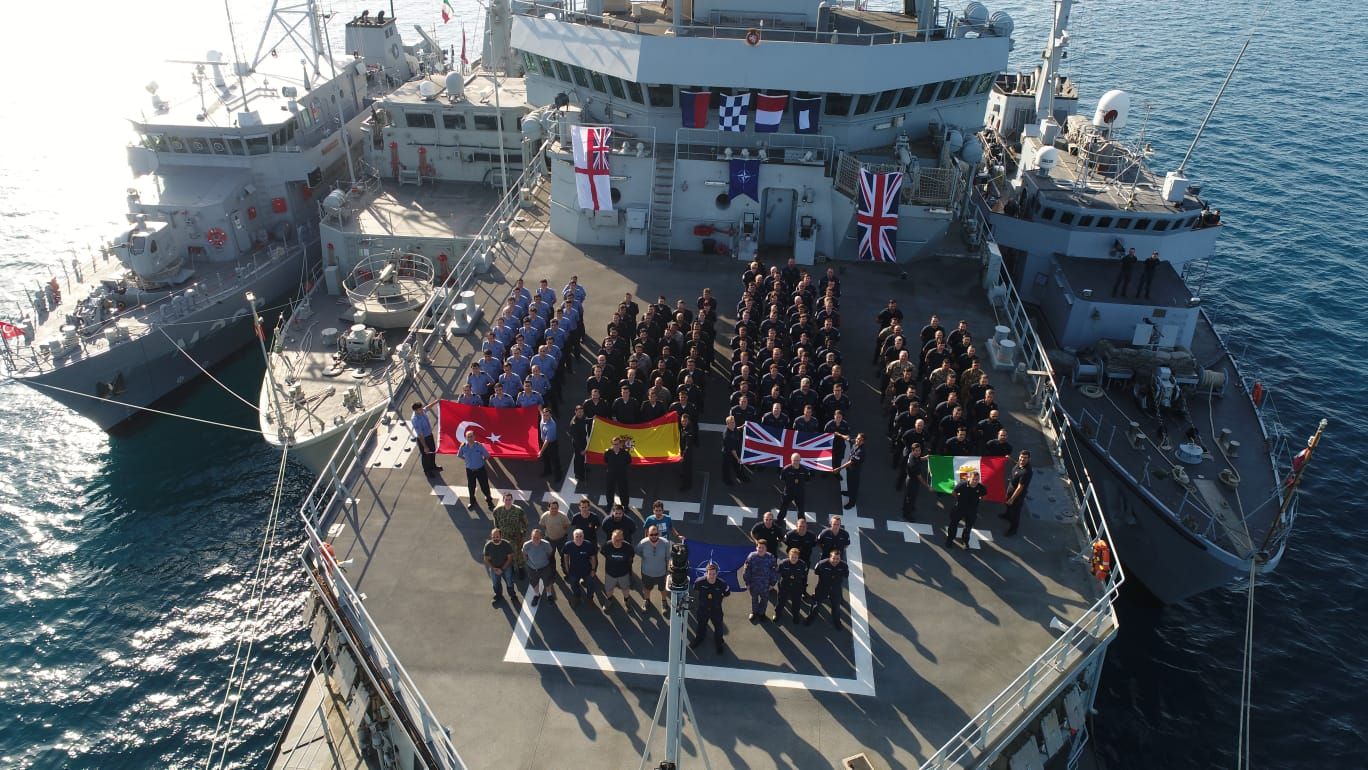 The Autonomous Naval Mine CounterMeasures programme was embedded onboard GBR HMS Enterprise as part of SNMCMG2 for the ESP MINEX 18 and ITA MINEX 18, fielding two 21" AUVs demonstrating a next-generation MCM capability.

CMRE's Autonomous Naval Mine Countermeasures programme (ANMCM), represented by two projects, Planning and Evaluation for MCM (PE-MCM) and Collaborative Autonomy for MCM (CA-MCM), participated in the nationally hosted ESP MINEX 18 and ITA MINEX 18 trials during April and May 2018.

The programme representatives, consisting of a team of 12 scientists and engineers, were hosted onboard the RN's HMS Enterprise, an Echo-class hydrographic survey vessel and current flagship for the Standing NATO Mine Countermeasures Group 2 (SNMCMG2).

CMRE's component of the exercise was conducted with the two 21" Bluefin-based AUVs, the MUSCLE and BlackCAT, providing wide-area survey and re-inspection operating profiles respectively.

CMRE's contribution to the first exercise, ESP MINEX 18, was driven by the PE-MCM project, which focuses on the performance and doctrinal aspects of both traditional and future MCM.

This project is, in practice, the first point of contact between ANMCM as a whole and the operational community, providing insights about current and upcoming MCM technologies with operationally relevant measures.

During the MINEX, PE-MCM was able to demonstrate the application of the autonomous MCM capability of CMRE, where the MUSCLE AUV detects and classifies contacts in real-time and reports those data back to the Commander Task Unit (CTU) as a normal, manned MCM element.

Additionally the ANMCM processing infrastructure can produce higher resolution images in post-processing, as well as other informative artefacts that might be relevant to future operational decision making. 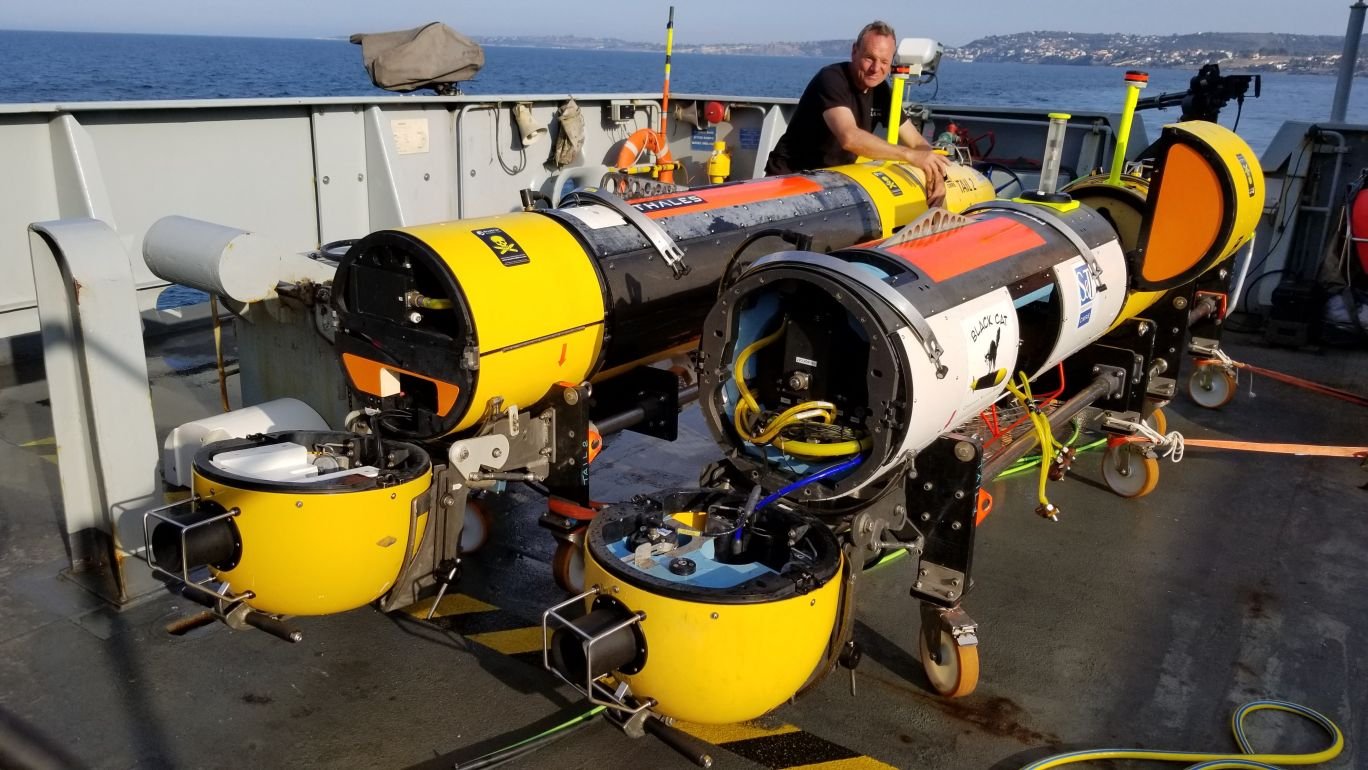 During the second exercise, ITA MINEX 18, CMRE's activity had a slightly different focus, being led by the CA-MCM project.

In this phase, CA-MCM demonstrated the possibility of a reduced MCM timeline via the use of multiple autonomous assets operating in a mine threat area, sharing dynamic tasking information generated automatically onboard based on sensor data. This capability builds upon several core technologies, including: high-resolution high-frequency synthetic aperture sonar (HR-HFSAS); onboard automatic target recognition (ATR) using deep learning methods for classification; distributed task handling and allocation; and onboard autonomy for mission execution.

The practical result is that CMRE can compose squads of autonomous assets to perform multiple phases of the MCM timeline collaboratively with little human supervision --- from survey to classification to reaquisition. 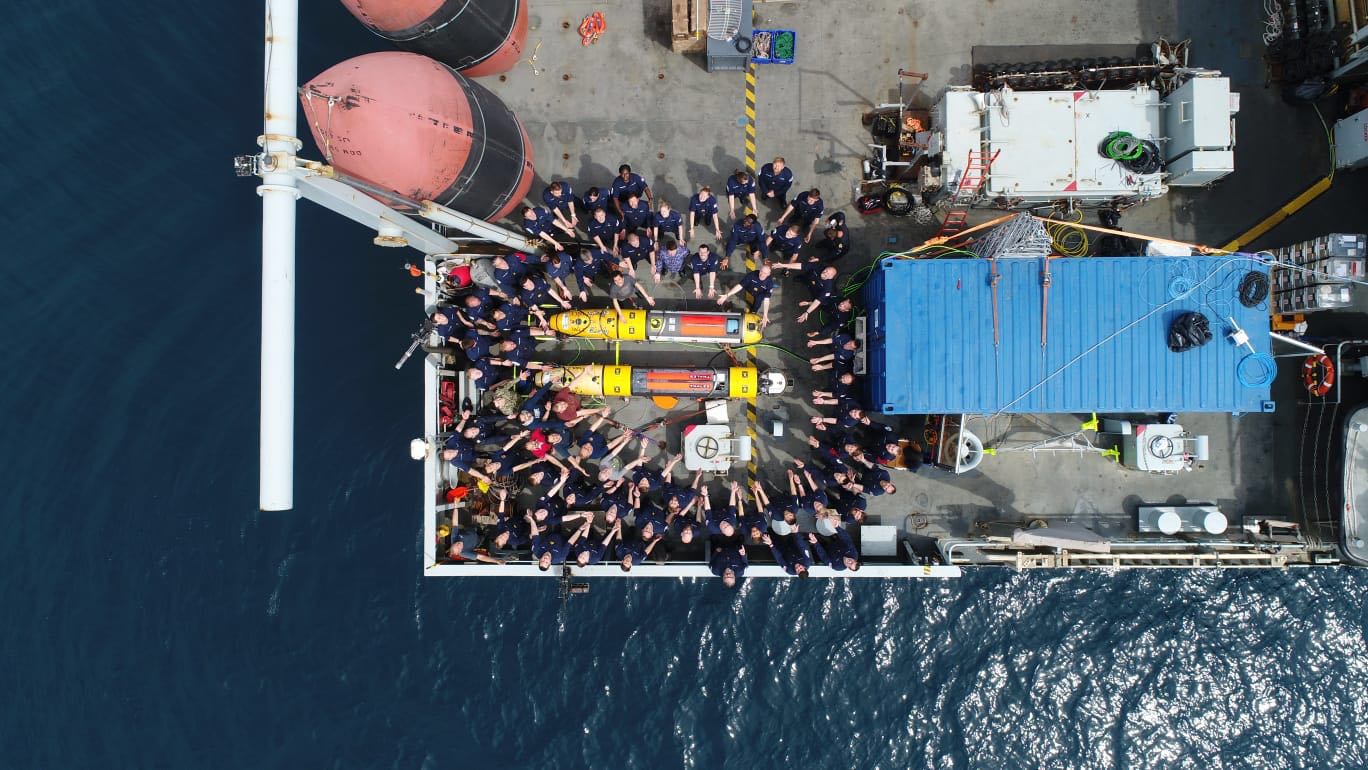 CMRE's time deployed during the MINEX 18 series was also a prescient opportunity to connect directly with operators, leading to a bi-directional learning experience.

MCM operators, hydrographers, commanders and sailors generally had opportunity to see demonstrated the promise and possible uses of future technology.

Conversely, CMRE had the chance to glean important impressions from operators about their view on how such technology matches the current threats and operational picture.