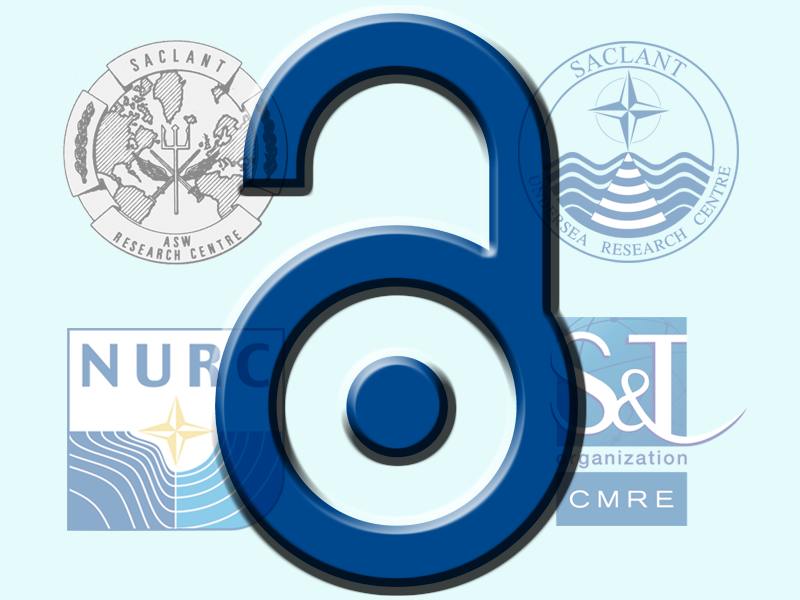 The CMRE Open Library, an institutional repository of the CMRE open scientific literature, has just gone live. Its mission is to grant access to the Centre research works to the international community of researchers and scholars through a consolidated interface. Its contents are structured in three main collections: Technical Reports, Reprint Reports and Progress Reports.

Traditionally the CMRE, since its foundation in 1959 as the SACLANT ASW Research Centre, has been quite circumspect to disclose its research outputs, considering their purpose for the defence and security of the Alliance. However some of them, either by their inherent nature or by the downgrade of their original security classification, are fully releasable to the public.

Formerly, only part of these publications could be found scattered among various Internet web sites  -  the CMRE website , the NATO CSO , the US Defense Technical Information Center, etc. The CMRE Open Library fills this gap, also allowing for a better visibility of its publications through to an easier, improved indexing in Internet search engines like Google Scholar.

Driven by the CMRE Technical Library, this new information asset is another return on the investment made on the Centre by NATO nations during its history. It also aligns CMRE with the current trend for open access to publications in public funded institutions on both sides of the Atlantic.

The CMRE Open Library is an open access repository and as such it has been implemented using a popular open source software solution - DSpace - which provides an easy interface to which many researchers are already familiar. We thank our tech partner, KnowledgeArc, for their help on making it available to all of you.