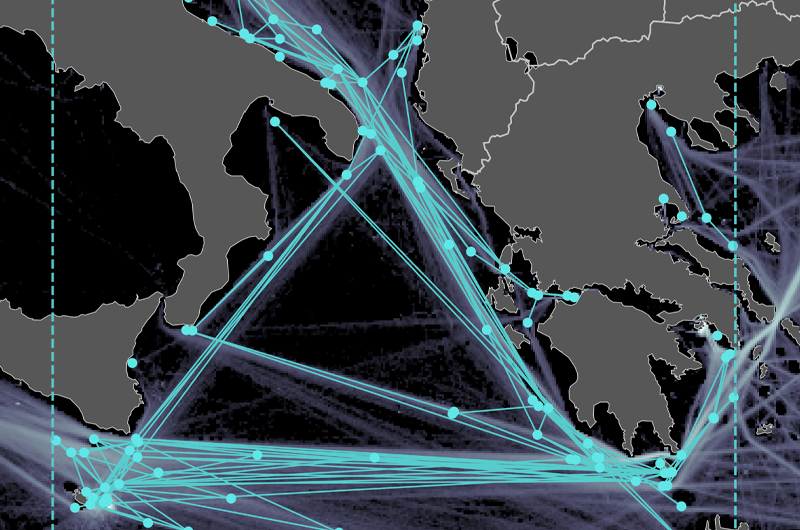 Led by CMRE’s Data Knowledge and Operational Effectiveness (DKOE) group, this initiative is part of the programme of work outlined and funded by NATO ACT. The STO Scientific Achievement Award recognizes exceptional accomplishments within STO’s collaborative and in-house research activities that have high impact on NATO and the Nations’ scientific and operational communities.

The MAI2F team used its expertise in the cognitive processes of Perception, Comprehension and Projection to provide methods of analyzing vast amounts of information for operators, merging heterogeneous data sources and resolving conflicting, intermittent and potentially corrupted or irrelevant information. The result was a suite of improved products for multi-target tracking, anomaly detection and ship track and destination prediction. Furthermore, the team developed and validated new knowledge acquisition techniques based on analytical gaming that allow human reasoning to be quantitatively captured. Operational benefits of the MAI2F project were confirmed by Allied Maritime Command (MARCOM) through operational use. Some MAI2F tools will be included in the next NATO Command and Control Information System TRITON.

The scientific quality of the MAI2F team’s work is validated by more than 100 peer-reviewed publications, including one in the prestigious Proceedings of the IEEE.

The MAI2F initiative was made possible through collaborations within STO as well as academic, industry and national defence organizations. Congratulations to all who participated in this project:

Image Caption:
Maritime Traffic Graph. CMRE’s DKOE researchers are tackling MSA challenges on multiple fronts including improving understanding of shipping patterns of life, anomaly detection and prediction. This traffic graph and density map, extracted from AIS data of ship routes in the Ionian Sea, aids in establishing a baseline for maritime traffic analysis and prediction. By helping relieve the cognitive workload of operators, NATO Nations will be able to better utilize their personnel to conduct efficient and effective operations.